Some more work from my degree show, in which I took a more design-based approach to the same concepts that influenced the character illustrations. 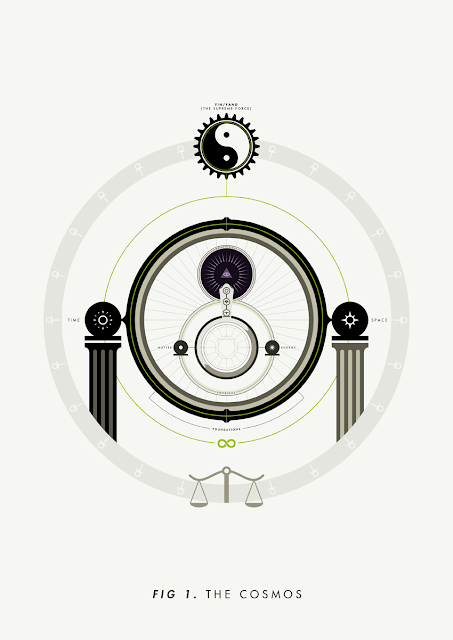 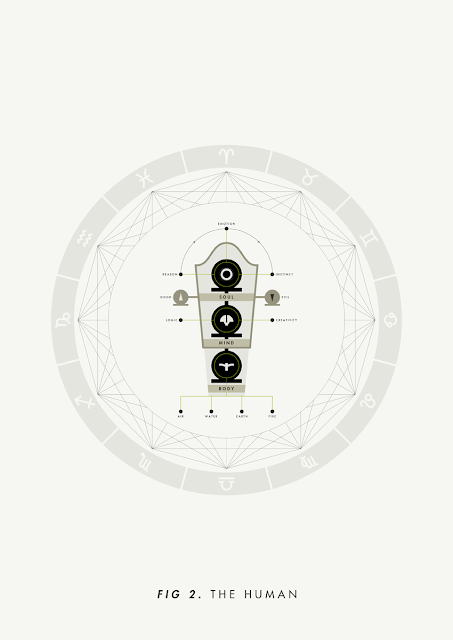 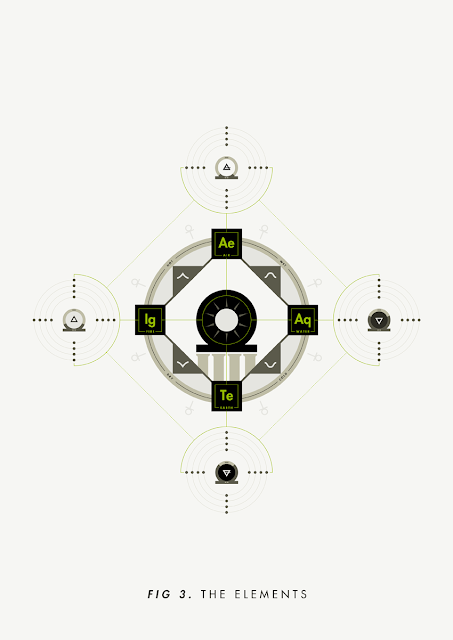 As promised, some work

These are some illustrations from my last project. The idea here was to represent the concept of Yin & Yang and an intelligent creator through character designs... Or something?
They were drawn using a few fineliner pens, a biro, a pencil, a very fine brush with some ink and Photoshop. Click to see more detail, and if anyone would be interested in prints of any of these then please let me know. 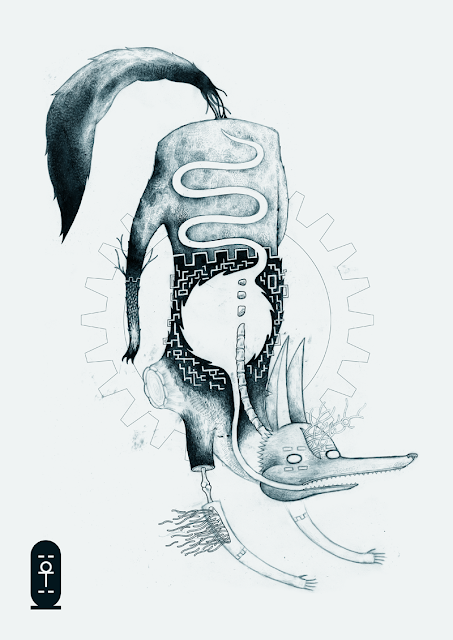 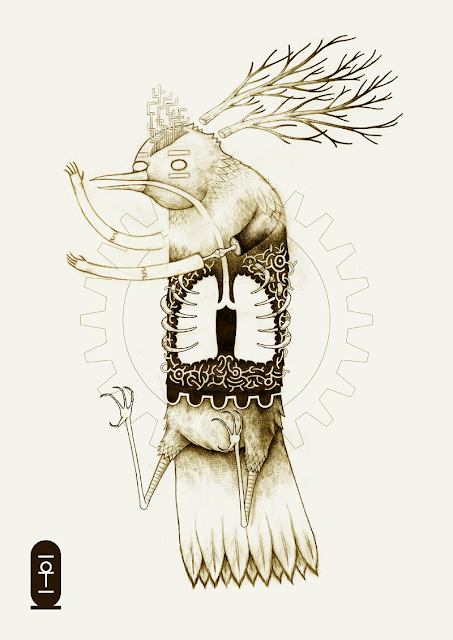 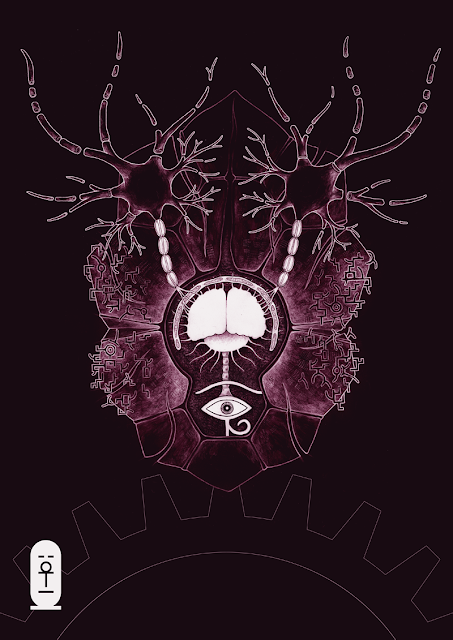 Meanwhile, one year in the future...

Ok, so it's about a year since I started this blog, and perhaps I've neglected it a bit. I've been busy finishing my degree, but that's over with now so it's time to kick back and relax for all of maybe two minutes before thinking about what to do next.

If you're reading this today there's a good chance you've reached this blog having been at my degree show at WSA. If that's the case, thanks for coming along and feel free to contact me if you're interested in commissioning any illustration or design work on the email to the right.
I'll try to get some of the work I've made over the past year up on the blog over the next few days. No, really this time.
Posted by Neil at 01:33 No comments:

So I finally made a blog. Sure, it took several years to get around to, but Rome wasn't built in a day, and if you look at that time in relation to ALL of the time there has been ever, it really isn't all that much. I named it after the first line of one of my favourite songs, because why not?

Anyway, TO BUSINESS! Recently I've been pretty interested in infographics (or rather, interested in pretty infographics), and after watching the film Inception I got inspired to map out the multi-layered plot on a poster (to make sense of it for me at least, if not anybody else).

An infographic based on this movie is hardly an original concept I know, but I wanted to produce my take on it regardless. A little reading up online revealed some disagreement amongst fans on what exactly happens in some parts, but this is my interpretation, which seems to be well-supported. I have some ideas for other designs depicting movie plots in similar fashion, and hopefully will knock some more work out soon. Though considering my tendency for procrastination, a week could easily translate into six months, without the help of any special sedative.
Posted by Neil at 17:31 1 comment:

Neil
I am a Graphic Arts student currently based in Winchester, UK. My skills range from hand-made illustration to graphic design and animation. If you're interested in commissioning me, or collaborating, drop me a line at neilmakesart@gmail.com